THE STORY OF GOOGLE COMPANY

Friends, in this article today, we are going to talk about the story of Google from where Google started and who was going to make Google why Google is so famous in the whole world, so I will tell you all in this article about Google

Friends, Google was started which was on 4 September 1998, which was done by two brothers inside their university named Larry Page and Sergey Brin, who had created Google and talked that we will make Google famous all over the world.

But I tell you about why he had created Google, he created Google for this reason that it wanted everyone to have knowledge provided to Google. Whenever someone comes to the problem, they should go to Google and search and Due to this problem, he created Google, but he did not know that 1 day Google will become famous all over the world and everybody will run their own side on Google as if you are reading this article on Google. How special is it that Google was launched in the public in August 19, 2004

Friends, when we have come to know why Google is made, now I will tell you how Google makes money, in the early days Google was not able to make money because no man or any company wants to invest in a place that people not knew. 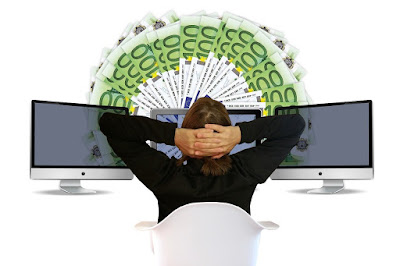 but later when Google grew up, many investors started investing in  Google, then later a lot of company came, which showed their ads in Google, so that people knew about them, then the beginning of Google I was able to earn money and today, not only Google from Google, but you can also earn money from google, I will tell you below.

Friends, now I will tell you how you can earn money from Google, for this you will need a Google Adsense which is linked to Google, this is a way to earn money by making an ad from Google, but you need a site or YouTube You will need to link it to your account, 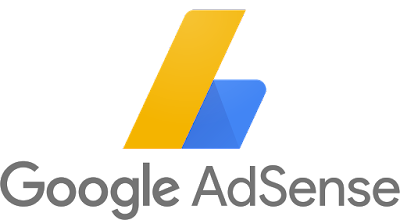 But you have some conditions on it, if you fulfill the conditions, then the AdSense account will become yours, then the people who come there will see  ads on your site. I have written an article about how you can make a site, by going to the link given below, you can learn how to create a site or how to make a blog is very easy.
HOW TO MAKE A WEBSITE OR BLOG

Friends, in today's time, Google has become so big that it has a lot of its own software which, if I tell you, it is YouTube Gmail Blogger Google Plus Action and other office related software that Google has created itself and the reason why Since Google has become so big today, there is no need to tell you about it. Everyone knows about Google, because everyone
uses Google in their own phone
thats time Google is installed inside every mobile phone,
But Google does not run in China because China wants to earn its own money of its own country, so they have a Google of their own name, Coogle,and they use it

Friends, I have given you a video above in which it has been told where Google started, then you can also know by looking at it and who started Google, then watch the video and tell me how you liked the video in side comment box.

Friends, if I tell you about Sundar Pichai, Sundar Pichai is the CEO of Google and he is an Indian resident, which makes me very happy because I am also an Indian and Sundar is also the person who brought Google to such success Google has never been so successful without these, because there is something different inside Sundar Pichai, I have given you a video below which has the story of Sundar Pichai's life, so you can know about Sundar Pichai by watching that video.
So friends, how did you like their story because they have struggled too much within their lives and their life story is very motivational, seeing that there is a feeling in us that if we want to do anything in our life so we do that
If we think thats a dream, if you dream, you can fulfill it if you want.

Friends, I tell you one thing that once upon a time, there was a cook who used to work somewhere and he did not like it, because he liked to cook it, so he left that job and He worked in a job of cooking, he used to get a low salary, but when he aged, he came to know that he had a few shares of that company, he had shares and that company later became Google His shares were sold in 200 Crore.
If You Gain knowlage about Social things so click this link Rkindias
Tags:
Software Technology