Friends, in this article today we will talk about somes facts of Doraemon facts-
Then let's start today's article without wasting time. 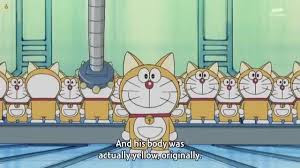 Friends, you know that Doraemon was yellow at some time but due to some reasons it turned blue, you can see this thing in some old pitches of Doraemon in which the color of Doraemon is yellow but these shows were not shown in India.
So the reason of this lost of Indian people not know this thing. 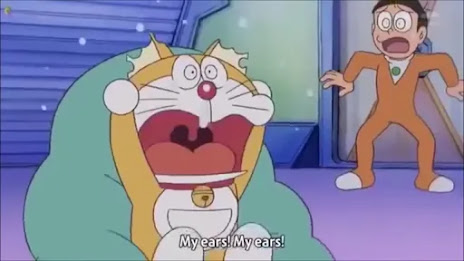 WHY IS DORAEMON AFRAID OF RATS

Friends, as I told you above, when rat were eaten by Doraemon's ears, since then Doraemon is afraid of rat and then whenever we see rats in every show of Doraemon, it is shown Doremon is very scared to see rats, but it has never been talked about in Indian Doraemon.

WHY DOESN'T DORAEMON LIVE WITH NOBITA IN THE FUTURE

THE BIRTH OF DORAEMON

Friends, if you want to know about the last TV show of Doraemon, you can see in my blog, you just have to search the last episode of Doraemon.
Friends, many episodes of Doraemon have not been shown in India like The Birth of Doraemon and many more.

Friends, I have given you a video above, in which the facts of Doraemon have been told, through the video, look at that video and tell me how you liked the video.
And friends, if there is any problem in that video, then you can tell me in the comment box about this video.
Friends, as I told you that many anime of Doraemon are not shown in India because in India people like Doraemon in blue only.
But who know after some time old doremon anime will be show in India.
Friends, if you liked this article so please tell me about it in side the comment box and if you have any problem with any of my articles, then you can also tell me in the comment box.
Tags-
DOREMON ANIME,
DORAEMON BIRTH,
REAL COLOR OF DORAEMON,
DORAEMON EARS,
YELLOW DORAEMON WITH EARS,
DORAEMON FACTS,
DORAEMON ANIME FACTS.
Tags:
CARTOON DORAEMON india KIDS