Friends, in today's article, I will tell you the cartoon story of Ninja Hattori, although you all will know what happens in Ninja Hattori anime, but even then it is necessary to do a re-cape so that you know about Ninja Hattori because Ninja Hattori cartoons and many more cartoons made our childhood better. 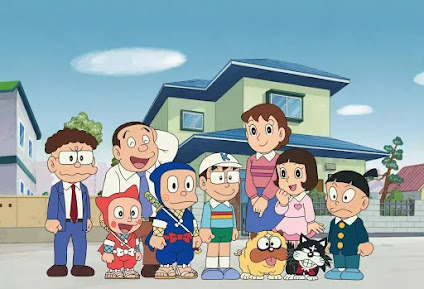 Whenever we used to come from school and were very stressed out from studies, there were anime or cartoons which gave us the way to live a good childhood.

Friends ninja hattori anime a ninja comes from his village to city and comes to a children house named kenichi and then hattori and kenichi become good friends then after some time ninja hattori's younger brother also come from village to kenichi house Then one day a new student comes to Kenichi's school, whose name is Kazama he is a Koga ninja who keeps troubling Kenichi a lot. 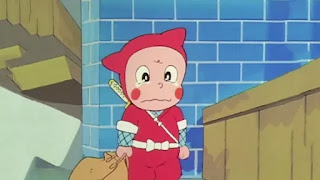 There is also a cat he is pat of Kazama and he is also a ninja cat and Kazama used to harass Kenichi every day but when Ninja Hattori comes to know about this then he understands then he finds out that Kazama is a ninja.
Kenichi also has a friend whose name is Yumiko and Kenichi likes Yumiko, but he doesn't know that in this anime and later Kazama also starts liking Yumiko.
After some time another ega ninja comes who is a dog and he is the dog of ninja Hattori who came chasing City Hattori from the village, now they all live together at Kenichi's house.
At the end of the anime comes another ega ninja named kappa from hattori village and now they all train their ninja training together at kenichi house. 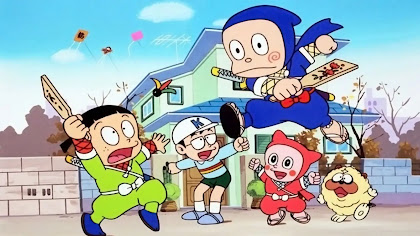 In the middle of the show, Kazama sends the ninja Hattori to his village back, but in the conversation he comes to know that without Hattori everything is useless here, then he stops Hattori from going to his village.