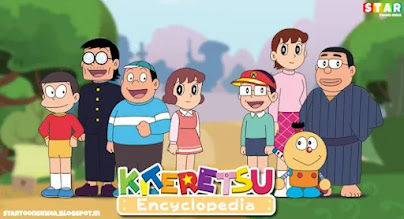 Kitertsu is a 10 year old child living in Japan who is very smart and Kitertsu has a lot of knowledge of science and technology which makes him different from other children if you want to know more about him please let me know in the comment box below.

This story is about the day when Kiteretsu came to know about his grandfather that he was a scientist but unfortunately he is no longer alive. 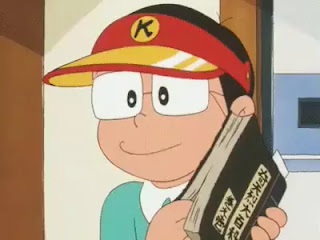 His grandfather had died before Kiteretsu was born, but since he came to know about this, his desire to meet his grandfather went further. After many days, he got a book which was written by his grandfather, in which he wrote about many of his inventions, how he made them all.
It also wrote about a time machine, but that time machine could never be completed by them, but Kiteretsu wanted to make that machine so that he could meet his grandfather and he comes from school every day and tries to make it for many days, but he fails every time, after failing so many times, now he He had also given up that the very next night Grandpa comes in his dream and tells him the secret of making that machine and Kiteretsu suddenly gets up and looks at that book and tries again the next day and many more other days and after days of hard work, he becomes successful and as soon as the machine is made, he goes to his grandfather to meet him. 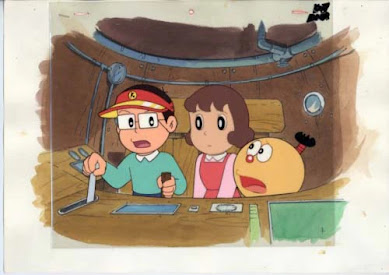 Kiteretsu leaves at that time but he has never seen them nor has he ever seen a photo of them.
He sees a crowd of people and he goes and sees that people are asking for help from a man to save their crop from being ruined and that man gives them some tools that can save their crop Kiteretsu understands that he is his grandfather and he goes to him and talks to him.
But he does not tell his grandfather that he is his grandson and after talking for several hours he starts leaving, then his grandfather calls by his name and he is surprised that he tells him that he knows everything.
His grandfather gives him a book in which he has written about other inventions, he starts crying and says Grandpa, you also come with me but he does not go and says goodbye to him and tells him to leave. 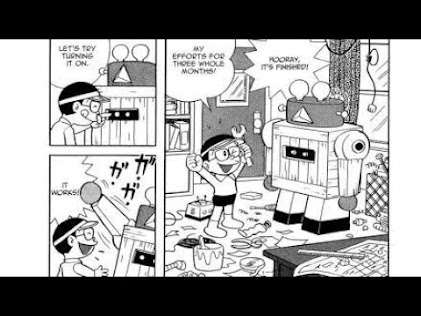 When he comes back home he reads the whole book and invent a samurai robot, it takes a long time to build but when it is done its really looks like a human and now they are living together happily like family.

Friends above I have given you a story video of Kiteretsu, you can also know about his story by watching that video and if you face any problem in playing the video then you can tell me about it inside the comment box.
Friends, if you liked this video and you want to see more such videos, then you can become a part of their YouTube family-
Tmc Hunter Official
Friends, if you liked this article of mine, then you must read my other articles also and if you have any kind of problem with this article and any other article of mine, then you can tell me about it in the comment box.
Tags-
REAL STORY OF KITERETSU,
KITERETSU ANIME STORY,
KITERETSU CARTOON STORY,
BEST STORY OF KITERETSU,
WHO IS KITERETSU.
Tags:
ANIME CARTOON KIDS STORY