The Story Of Scooby Doo Where Are You | Cartoon

Friends, in today's article, I will tell you the story of Scooby-Doo, how was that cartoon and what used to happen in this cartoon.

Guys Scooby is a dog who can speak inside this cartoon show.
History-
First episode date: 13 September 1969
Theme song: Scooby-Doo, Where Are You!
Animated series: 14
Television film(s): 6

Story Of Scooby Doo Cartoon ( Self Made )

Friends, before starting this story, I want to tell you that I have made this story after watching Scooby's cartoon show because its story is not on YouTube and anywhere else, this is the first time someone has written and told it.
It was a matter of one day that some friends were coming home from school and today is their last day of school, they all used to live together in school time and they have a dog whose name is Scooby, after a few days all they go away, someone join the job, someone does his own work 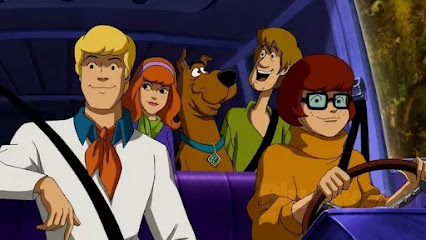 Scooby goes with his friend Shaggy, he opens his own shop but that shop does not last long.
Fred starts job and daphne starts modeling, Fred and daphne used to like each other very much in school time but today both of are have become very busy with your work.
Friends, our Velma, she has started to study further in science because when all these people were in school, Velma liked science very much and she is the most intelligent among all friends and Velma is very much interested to know about horror things in school time and still.
It is a matter of one day that some people come to Shaggy's shop as a ghost and Shaggy gets very scared and runs away from it, then they steal from the shop.
Then after some time the police comes to the shop but Shaggy is so scared that he refuses to go to the shop, but the policemen bring him to the shop and open his camera and see that he is not a ghost. They were thieves because when Shaggy runs away from the shop, then those thieves take off their ghost's dress. 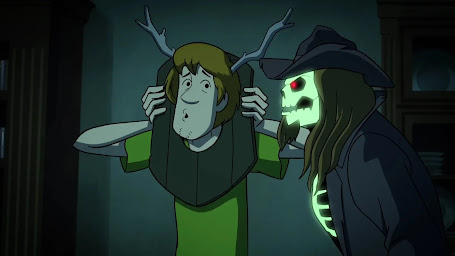 When the rest of the friends come to know that there has been a theft in Shaggy's shop, then they all come to meet him and ask how all this happened and where is Scooby at that time?
Shaggy also does not see Scooby anywhere, but when he sees the camera, he comes to know that Scooby was there and he too gets very scared and goes to the toilet, then Shaggy takes Scooby from the toilet.
Both of them were very timid at school time but didn't know them they are still so scared.
Then Velma puts his mind and tells all the friends that we all start a business together in which we will catch the ghosts together, Shaggy is scared and he says how to catch the ghosts, then Velma understands to Shaggy and other friends they are just human they used to wear the clothes of ghosts, as today Shaggy was scared, similarly many other people are also afraid of these fake ghosts.
Then Shaggy says that you will not be afraid of the ghost, but I will be scared and Scooby too then Velma says that I have made a biscuit for you so that both of you will not be afraid of any ghost.
Velma would not have made any such biscuits, she was giving them normal biscuits. 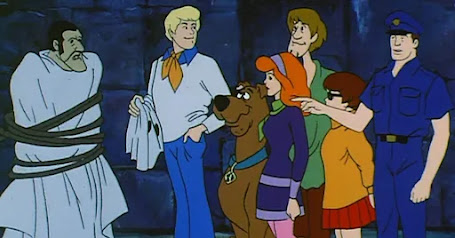 Then all of them together start this business, some people come to them and tell him about the ghost of their home then the scooby team going to catch all the fake ghosts in this cartoon show.

Friends, above I have given you a video, in which there is an intro of Scooby's show so far, so you can joy by watching this video.
Video Through-Chris Maz
Friends If you have any problem with any of my article the you can tell me about it inside the comment box and thanks for reading this article.
Tags-
Story of Scooby Cartoon,
Who is Scooby,
Real Story of Scooby Tv Show,
Ghost Hunter Cartoon Show,
Scooby doo where are you.
Tags:
ANIME CARTOON KIDS STORY