Friends, in this article today, we will talk to some human beings who have won the hearts of all of us with their dubbing and they also give in favorites cartoons of children.
Like-
ShinChan
Doreamon
Oggy
Motu Patlu
And Many More-
Friends, you must have known the names of many of these artists, who have given their lives in these cartoons no doubt.

Friends, Sonal has given his voice to the cartoons of Chhota Bheem and Doraemon, which are seen in Hindi in India and other countries such as Pakistan, Nepal, Sri Lanka and they have given such an idea in these cartoons which seems Any child has voiced.
Sonal Kaushal is an actress
Known for Doraemon (1979),
Doraemon (2005) and Chhota Bheem (2008).

Friends, now the cartoon dubbing artist, whose name we told you, has given many charters in the cartoon of Doraemon to his friends. 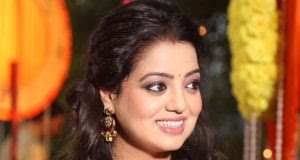 For example, Nobita's mother & mother of Jian and sister, and she has given her control to another person, and 2 more characters, who is also the mother of Suzuka and Dormi, he has given his voice to the 6 characters in Doraemon cartoon.

SANJAY KENI ( OGGY AND THE COCKROACHES )

Friends, whom we are now going to talk about, they chose all the cartoons, almost all of them in our favorite cartoon Oggy And The Cockroaches.
Friends, we all used to think that the Movies stars would have given them a sense, but we were all wrong, only one person given all the characters of Oggy And The Cockroaches cartoon or you can say one man army is dub all the character of this cartoon show.
And in many other cartoon shows, he also gives voice, I thought that he also gives his voice to the Movies stars in movies.

Friends, many of you have seen Akansha dubbing the Shinchan and this is the hope of another character whose name is Boo Chan gives him his voice in current time.

Friends, Now we are going to talk about , he gives his voice to all the cartoons in Motu and Patlu cartoon, I also have a video for you so you can enjoy watching him to dub Motu Patlu cartoon.
So Watch the Video-
Friends, they have given their help in other cartoons in Motu Patlu cartoons as well, in Oggy's cartoons, whatever they are, they have given a lot of life in Motu and Patlu cartoons.
MOTU PATLU CARTOON OR COMIC BOOK HISTORY
ARTICLE
Because of him, Every one love Motu Patlu cartoon not just India some other country like Nepal. Pakistan and Shri lanka because they love Hindi cartoon so they watch Motu Patlu cartoon.
Friends if you have any problem related to my article ( video, image or other things) so you can tell me inside the comment box thanks for reading this article and tell me which type article you love so i like to make those type article for you ones again thanks for reading.
Tags-
MOTU AUR PATLU DUBBING ARTIST,
HINDI CARTOON DUBBING,
CHHOTA BHEEM DUBBING,
SHINCHAN DUBBING,
OGGY AND THE COCKROAGES,
INDIAN DUBBING ARTIST.
Tags:
CARTOON CHHOTA BHEEM DORAEMON KIDS MOTU PATLU Oggy And The Cockroaches